Workplaces — especially those where manual labor is involved – can be dangerous areas to be. History is littered with accounts of workers dying on the job or ending up suffering from long-term injuries or illnesses as a result of their jobs. These were particularly common in industries such as construction, mining, and coal production, which until today are some of the most dangerous industries to work in.

There are different kinds of protective equipment that are responsible for protecting different parts of the body. Here are some of the most commonly used ones:

Typical examples of protective headgear include helmets and hard hats. These are worn in circumstances where workers are at risk from any potentially fatal blow to the head. As a result, protective headgear is quite common in the construction and mining industries, as these deal with rocks and unstable structures that may collapse, as well as involve workers being suspended over great heights.

Protective headgear is also required for professional athletes in many different sports. While sudden trauma to the head, such as those caused by crushes or falls, can easily result in death, repeated collisions or shocks can lead to long-term brain damage. Hence, they are also required to wear helmets when training or competing to reduce such possibilities.

Respiratory protective equipment protects workers from hazardous substances or particles that may be found in the air, which may end up causing respiratory infections and long-term diseases, such as cancer. They are used in a wide variety of industries, from manufacturing and industry during the welding and smelting of metals, to pharmaceuticals during the drug production process. There are two main categories of respiratory protective equipment: respirators (which filter the air to remove contaminants) and breathing apparatuses (which supply the worker with breathable air from an independent source). 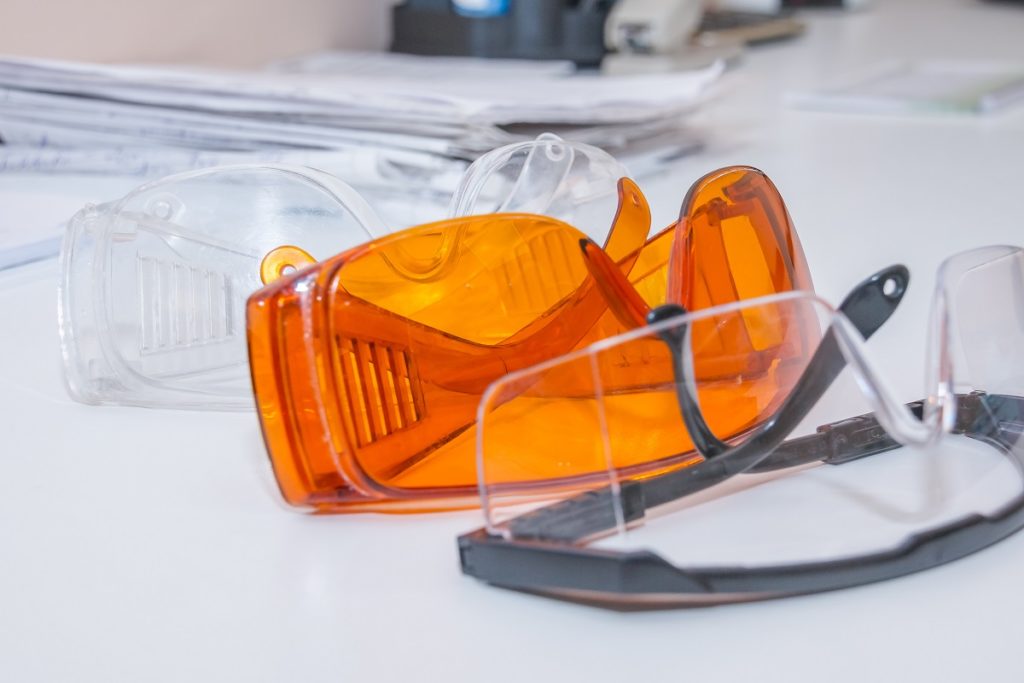 The eyes are among the most sensitive parts of the body, but also one of the most important. Damage to the eyes, while not only being physically painful and bloody, can also lead to blindness in the worst cases. Eyes can be damaged due to exposure to dangerous chemicals, high-intensity light sources such as ultraviolet and laser beams, dust and microparticles, and many more.

Depending on the industry and job requirements, there can be different required specifications of the protective eyewear being used. For example, some types of eyewear, such as a welding mask, are specially designed with the required optical density to protect against the bright light produced during the welding process. Others, like safety goggles, must also be specially fitting in order to provide the proper and necessary protection.

The main purpose of protective clothing is to prevent the skin from coming into contact with hazardous chemicals that can potentially lead to corrosion or burning of the skin. They may also be used to protect individuals in dangerous environments, such as those exposed to radiation. Hence, the typical example of protective clothing is a hazmat suit, which is worn when an individual is to be exposed to a toxic environment that one would otherwise not be able to survive in.