The drinking water supply of Queensland and New South Wales is falling to alarmingly low levels. The government is considering the use of water treatment and recycling stations, with one already built and ready for use in Queensland.

Numerous cities around the world (London being the most prominent) recycle their wastewater. The water recycling station near Brisbane can treat and filter wastewater and add it to the main supply. The $2.6 billion Queensland station can potentially add 180 million litres of clean water to Wivenhoe dam once it starts its operations. Recycling water not only replenishes the water supply, but it also keeps the waterways free of nitrogen from sewage runoffs. The Queensland station is currently inactive as it is under maintenance. However, it would immediately begin operations if the Brisbane dam’s water levels fall below 60 percent. In Perth, the Groundwater Replenishment Scheme has been recycling the city’s water since 2017. Water treatment and purifying plants are replenishing the city’s aquifers with 14 billion litres of recycled water a year, with plans to double that with additional treatment plants in the following years.

Recycling Water in your Own Home

While the government is recycling water at city-wide levels, you can also start recycling water in your own home. Greywater systems collect water from your showers, washers, and faucets, allowing you to reuse them for flushing the toilets, washing your car, watering your plants, or any other use outside the house. Repurposed water doesn’t count as normal water use, so you can avoid the $200 fine for “wasting” water (cleaning your windows, watering your plants, etc.) when restrictions are up. A bit of soap won’t hurt your plants (unless they’re extremely sensitive) and it’s better than not watering them at all. A simple greywater system costs $1,000-$3,000. It will require very little maintenance and will reduce your water consumption by more than 30 percent. You can opt for systems that have additional filters to reduce the soap content of repurposed water, but these systems will require more maintenance. You wouldn’t be drinking repurposed water, so you don’t need it to be clean. 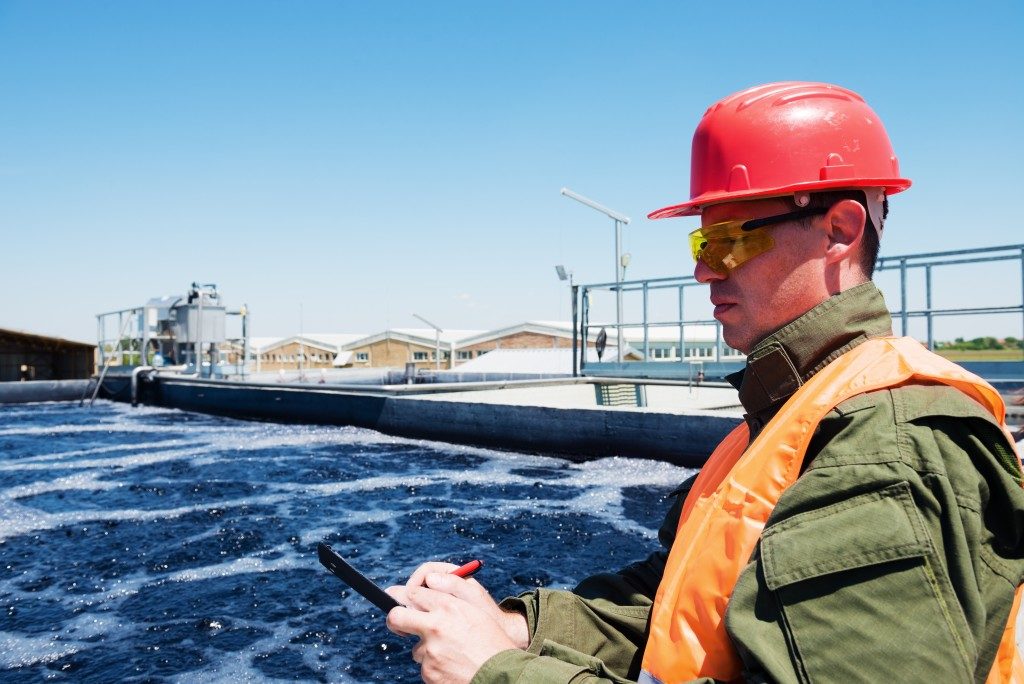 Australia’s waterways aren’t as threatened as New Zealand’s, but signs of nitrogen buildup are already appearing. The majority of New Zealand’s rivers and lakes are unswimmable because of the effects of nitrogen pollution and most of its water-dwelling wildlife are threatened or close to extinction. While farming is the primary culprit, residential wastewater is also a major contributing factor. Minimize your contribution to water pollution with a wastewater treatment system for your home. Unlike septic tanks, water treatment systems actively sanitize your wastewater through separation, aeration, filtration, and chlorination. These treatment systems require very little space, usually placed underground a few meters from your house. Treated water is dispersed underneath the ground with no discernible odors whatsoever.

Australia is in the midst of a water crisis. One is obvious (water supply) one is not (nitrogen in waterways). Recycling wastewater addresses both problems, ensuring a more stable water supply while also reducing water pollution.