Many environmental problems plaguing the world can be traced back to the pollution thrown up by combustion engine vehicles. That’s why the lithium battery that electric cars use has started to replace them in the minds of consumers. In the past few years, more and more car manufacturers touting the electric automobile with established ones starting to come out their own designs. Surprisingly, however, few people understand enough about the electric car to make a smart purchase. This guide will show you all you need to know about electric vehicles.

What is an electric car?

As the name implies, an electric car relies on a battery to run. In terms of the build, this means that it lacks the overall engine and drive train that characterizes the good old combustion-engine-driven vehicles. This distinction is important as it greatly affects the weight of the vehicle as a whole. Electric cars are simply lighter, and it affects handling accordingly. It’s not a major learning curve, but it should be taken note of. A benefit of this lack of components also re-centers gravity properly on the vehicle. This makes it safer ultimately as it prevents the car from tumbling over.

What types are there?

There are actually two basic types of electric cars to consider for purchase. The first is the purely electric car. This one is equipped with (usually) a lithium battery for electric cars, and that alone propels it. The second is what they call a hybrid. It is so named because a smaller combustion engine complements the battery it possesses. One or the other power source takes over depending on the speed of your travel. Naturally, a hybrid can move far faster—it still has a combustion engine, after all. A hybrid, however, is only halfway into the green revolution.

What is the range? 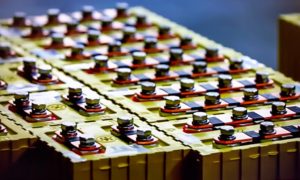 The range of an electric car depends wholly on the capacity and type of battery installed. Industry averages, though, have it at 100 miles on a single charge. This range can lengthen or shorten depending on extremes of temperature. It’s worthwhile noting that that is at least half of the range of a combustion engine car. The best way to ensure that you maximize the range is to get a better class of battery for your electric car—lithium is top of mind when it comes to this.

How does one charge?

If you choose to upgrade to a fully electric car, then you’re going to have to set up the means to recharge regularly. This usually takes between six and 10 hours at your average home 240 Volts and 13 amp socket. If that seems terribly long, then you’re in luck as there are industrial chargers that allow a charge to 80% in 30 to 45 minutes. That’s sure to improve as the technologies themselves improve over the years.

An electric car is certainly an investment that is good for the environment. At this point, however, you have to be aware that you’re an early adopter with all the downside that it brings. The technology is good, but it has a long way to go.